Every drug candidate filed with the FDA or EMA for clinical approval has to be evaluated for their potential to delay cardiac repolarization and cause heart arrhythmia.

We perform cardiac testing in two laboratories – our US-based lab for high- and medium-throughput testing of compounds in biochemical and cellular assay formats. Advanced studies are performed by our partner PharmaCore Labs covering compound testing on a broad cardiac ion channel panel under CiPA regulations as well as tissue- and organ-based studies. Together we cover all necessary cardiac tests during the pre-clinical evaluation of new drug candidates.

Cardiac liability testing is performed under non-GLP conditions for exploratory evaluation of new potential therapeutics only. 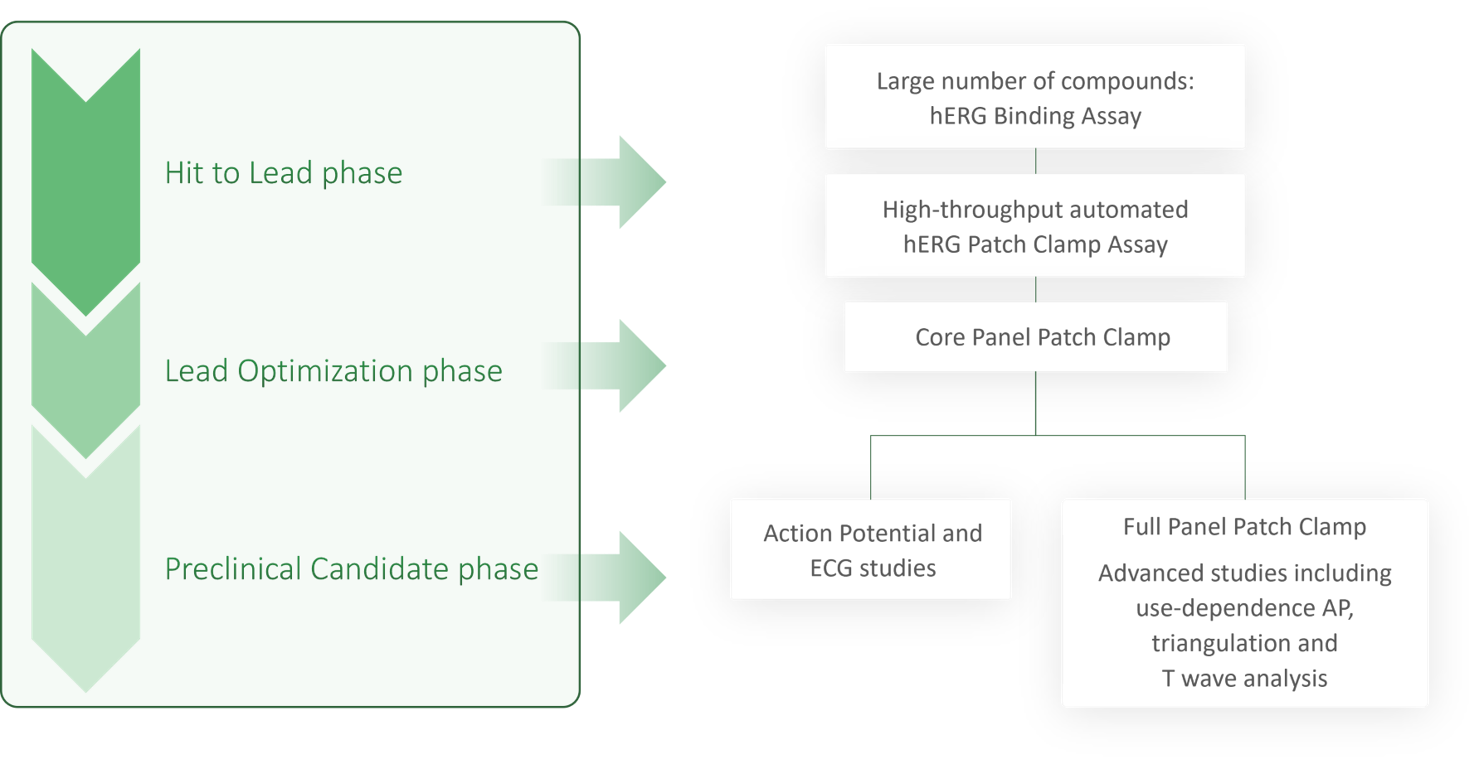 Cardiac liability assessment at Reaction Biology and Pharmacore Labs is performed at different steps during the drug discovery process.