Kinase inhibitors for treatment of COVID-19

In the face of proliferating viral variants which up the ante for vetting precise drug interactions, already approved small molecule kinase inhibitors showing efficacy against SARS-CoV-2 symptoms and sequelae are now comparatively easy to come by. To further flesh out this point, consider what is perhaps the smallest, and incidentally cheapest, kinase inhibitor one could ask for -- good old lithium chloride. University of Penn researcher Peter Klein recently published a quick note to the medRxivs reporting that patients taking lithium have a significantly reduced risk of COVID19 infection (odds ratio = 0.51 [0.34 - 0.76], p = 0.001). Conveniently, many people had previously been subjected to lithium therapy for a host of other reasons and therefore Klein and his fellow researchers could simply take a retrospective look to see how many got the virus.

The tale of how the researchers then arrived at the probable mechanism for the lithium effect is a textbook case of well-executed, short-order, inferential drug discovery. Klein’s team had previously shown that the nucleocapsid (N) protein of SARS-CoV-2 contained GSK-3 consensus sites (known as RS domain for arginine-serine) that were identical to those found in the SARS-CoV-1 N protein. It was already known that lithium could block GSK-3 phosphorylation of the SARS-CoV-1 N protein, therefore suggesting a similar possibility for SARS-CoV-2. Previous phosphoproteomic analysis had also indicated that the RS domain of the SARS-CoV-2 N protein is highly phosphorylated, so Klein’s group performed in-vitro kinase assays with the Sars-CoV-2 N protein expressed in human kidney cells (HEK293T), and mouse lung epithelial (MLE12) cells to test different inhibitors.

The main problem with lithium is its narrow therapeutic window in humans (peak level ~2 mM, trough levels ~1 mM). While there is some evidence for GSK-3 inhibition at 1 mM, behavioral effects can be seen already at this level, and the IC50 for inhibition of N phosphorylation and SARS-CoV2 replication in cultured cells is ~10 mM. Expanding their scope a bit, the group explored other compounds and found significant GSK-3 inhibition with AR-A014418, CHIR99021, and Enzastaurin.

Each of these inhibitors has their own advantages, and correspondingly, their own unique quirks. For example, the clinically well-tolerated Enzastaurin inhibited SARS-CoV-2 infection in A549 human lung carcinoma cells engineered to express hACE2, and also inhibited virally-mediated cytopathic effects in Vero E6 cells. On the other hand, CHIR99021, a more selective inhibitor, effectively blocked SARS-CoV-2 replication in the Calu-3 human NSCLC cell line. More generally, the search for the perfect kinase inhibitors is often plagued in turn by increasingly parochial effectiveness and cell-type specific peculiarities. Significant variability across different laboratories similarly confounds apace. (https://www.medrxiv.org/content/10.1101/2021.02.17.21251933v1)

Many inhibitors appear to be multifunctional

While immune system signaling kinases, and consequently their inhibitors, may at first appear to operate in largely separate realms from kinases critical to viral life cycle, this is not always the case. Certain JAK inhibitors with well established immune-taming capability, particularly baricitinib, initially hinted at specific antiviral activity via interference with viral endocytosis or subsequent entry into susceptible cells. In the fullness of time, however, it has seemingly been largely de-emphasized in NIH Covid treatment guidelines after poor performance in clinical trials. In this case the data is far from pure -- real world confounders, like all the test subjects also necessarily being on other antiviral hopefuls like remdesivir, are ever present.

Other studies have indicated that kinase activities for PKC, IRAK4, MARK3, p38, and TBK1 were significantly perturbed within 15 minutes of viral infection. Of these, PKC, IRAK4, and p38 reduced SARS-CoV-2 replication after their corresponding inhibitors were applied. While viral inhibition is the obvious goal, without which there would be no compensatory and correspondingly risky immune response, PKC and p38 inhibitors gave an added benefit of reduced proinflammatory cytokine production. Boots on the ground imaging data using RNA probes and pseudovirus entry assays further indicated that PKC may be the best target to stop viral entry, although a complete accounting of how phosphorylation dynamics changes during the SARS-CoV-2 entry process awaits. (https://www.chinesechemsoc.org/doi/10.31635/ccschem.021.202000603)

The devil in the details in this case is that different PKC inhibitors resulted in very different effects in Vero E6 cells and two human cell lines, presumably due to presence or absence of IFN-1. The authors suggest an IFN-1 deficit should affect overall viral replication but not phosphodynamics, since the entry process they focused on occurs prior to IFN-1 participation. The researchers also used small interfering (si)RNAs to specifically knock down different isoforms of PKC used in their viral inhibition assay and found that PKCβ appears to play the most significant role in viral replication.

More recently, another kinase inhibitor screening identified cell signaling pathways including mTOR-PI3K-AKT and ABL-BCR/MAPK that were critical for SARS-CoV-2 infection. A secondary drug-protein interaction screening suggested two drugs currently in clinical trials, namely berzosertib and torin2, could inhibit SARS-CoV-2 cytopathic effects in human epithelial cells. Testing in multiple cell types, including a primary human lung tissue culture with a mucociliary air-liquid interface showed that berzosertib was particularly effective at blocking replication at the post-entry step. As berzosertib may likely have several effects beyond inhibition of ATM, ATR and CHK1, it may be instructive to also look for direct antiviral effects synergistic with compounds acting on RNA polymerases or other targets.(https://www.sciencedirect.com/science/article/pii/S2211124721002540 )

While a large body of knowledge already exists for oncologic and immunologic indications of kinase inhibitors, a substantial contribution to the antiviral arena is now being made courtesy of SARS-CoV-2. 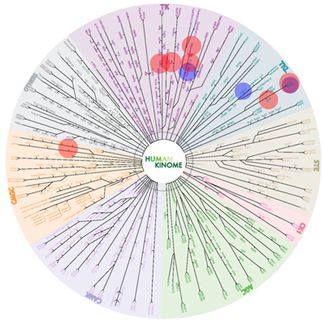 Selectivity is crucial for development of kinase inhibitors due to kinase’s similarity of the ATP binding pocket. Tools such as the kinase mapper help identifying off-target activity. 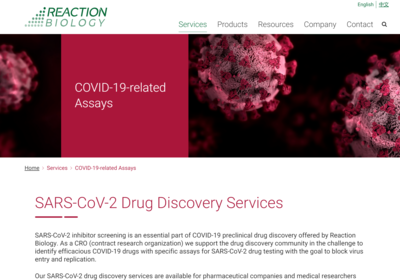 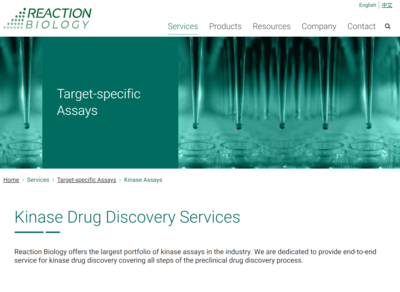